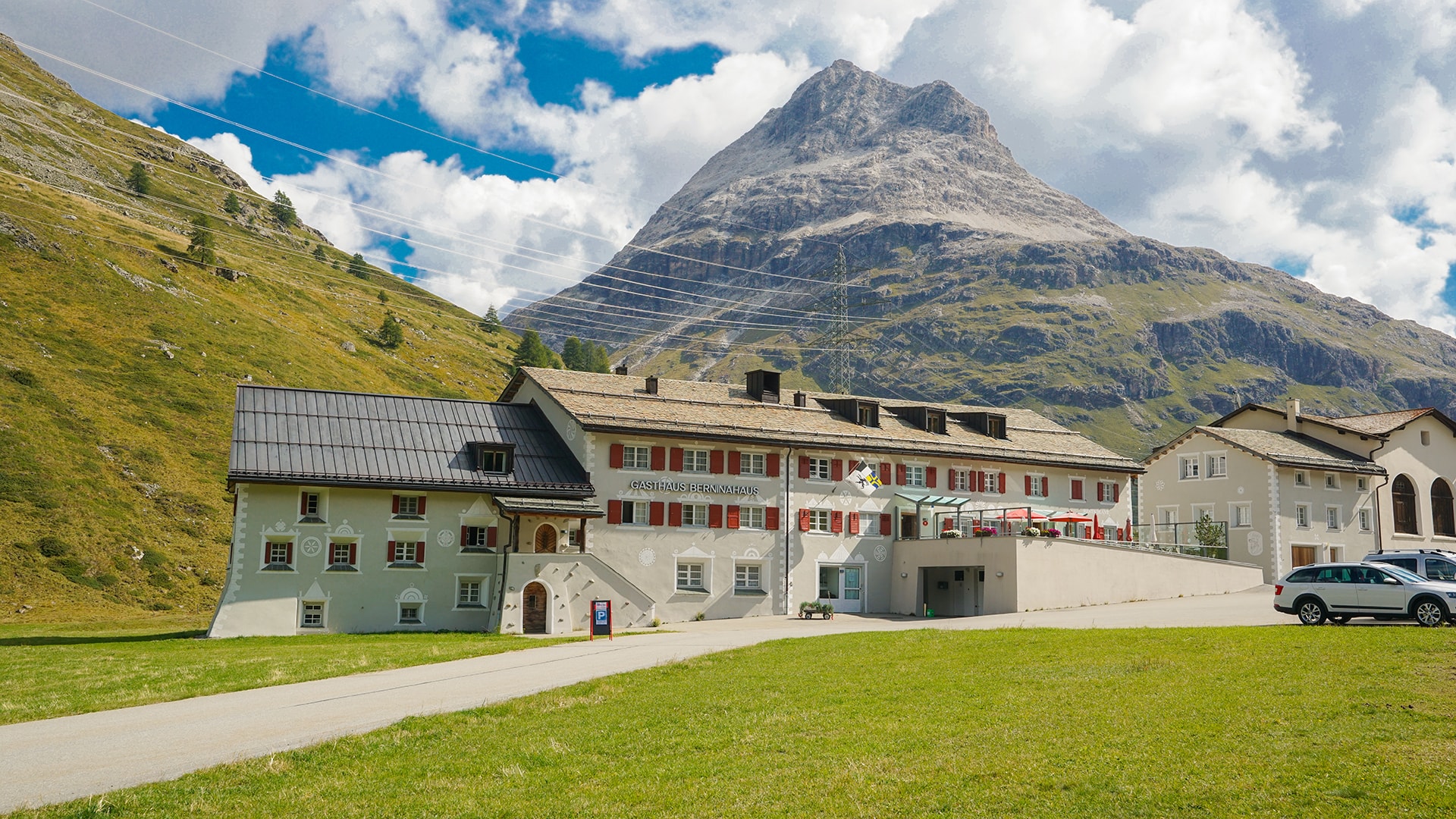 Situated in an idyllic setting, far away from the hustle and bustle but still with a finger on the pulse of the times, our inn lies at the foot of the Bernina Pass, just a few hundred metres from the Diavolezza and Lagalb mountain cableways. Nestled in a magnificent, majestic mountain landscape, it is the perfect starting point for many sporting activities and the ideal place for a stop-over during your journey. 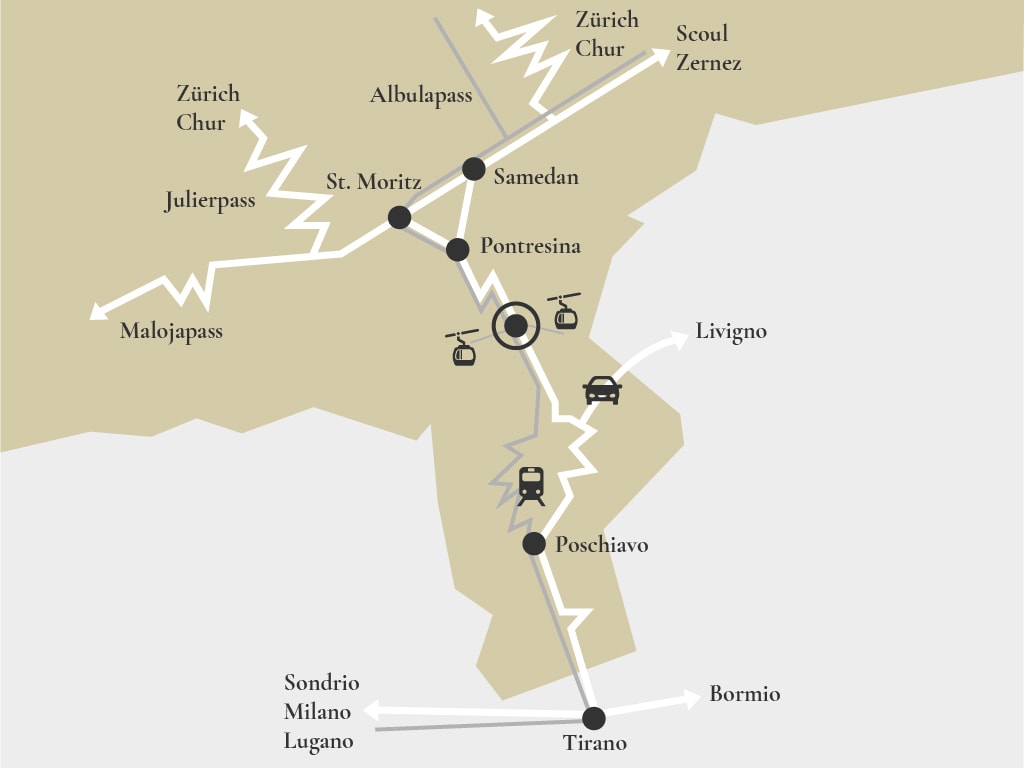 Getting here by train

From Zurich, take the Rhaetian Railway (RhB) (Albula or Vereina line).
The train route through the Grisons to the Engadine is among the most fascinating and picturesque in Europe with its winding tunnels and dizzying viaducts.
In 2008, UNESCO added the Rhaetian Railway through the Albula/Bernina landscapes—which runs past the Berninahaus Inn—to its World Heritage list.
The inn is located directly opposite the Bernina Suot station.

Getting here by car

Heading south along the A13 motorway, continue for approximately 20 km past Chur and take the exit marked “Thusis Süd/St. Moritz”.
Follow the cantonal road to Tiefencastel via the Julier Pass all the way to Silvaplana/St. Moritz.
From there it is only a few kilometres to Pontresina.
Stay on the Pontresina bypass road heading towards Diavolezza/the Bernina Pass.
After approximately 7 km, you will see us on your left after the level crossing.
The Vereina car transporter allows you to load your car onto the train at Klosters Selfranga.

Travelling with your dog

Can't bear to leave your best friend at home while you go on holiday but don’t know where to leave him?

Do you have your heart set on skiing, cycling or some other activity but want to take your dog on holiday with you?

Then we have the perfect solution for you. Your dog can stay with you in your room. Alternatively, you could use a...

Dog-sitter (Hundebetreuung Engadin) directly next to the hotel

Taking your horse on holiday with you

Would you like to take your horse with you on holiday and enjoy some beautiful rides in the sunny Engadine?

Then we have the perfect solution for you. You can leave your horse at the Stalla Bodmer stables in Samedan with fantastic pastures, a large riding arena and comfortable horse accommodation.

In order not to miss all the news and events at the foot of the Bernina Pass, follow us: